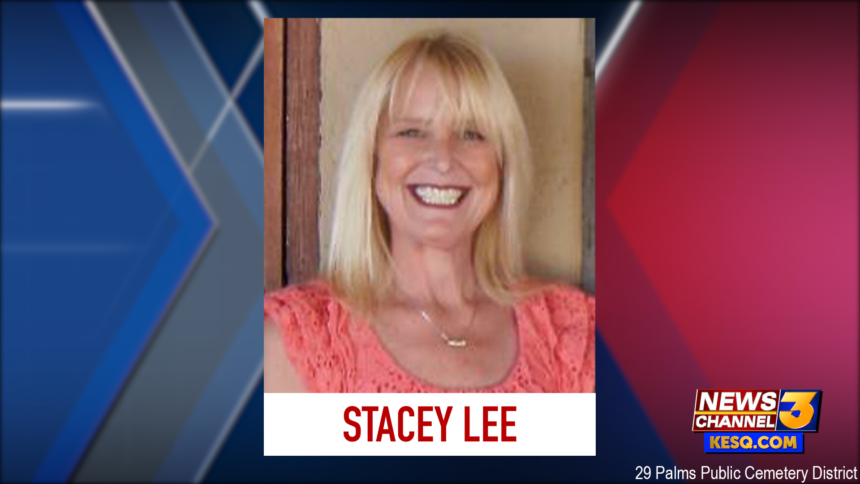 The board of trustees sent News Channel 3 a written statement:

"We hired Emily Barry Helm as a part time temporary manager to help us  carry on with business efficiently.  According to her resume she has 35 years of proven administrative, communications, planning abilities and customer service skills."

The board told us Helm currently works part time at Copper Mountain College in Joshua Tree as an administrative assistant and has been in that position since September 2016.  She will continue to work there part time.

The new hire comes days after the manager of the Twentynine Palms Public Cemetery was arrested Tuesday on suspicion of embezzlement, according to the San Bernardino County Sheriff's Department.

Stacey Lee, 50, of Twentynine Palms, allegedly used the cemetery's credit/debit card to make $17,000 worth of unauthorized purchases and withdrawals.

At the time of this publication, Lee was still listed as the district manager and board secretary on the Twentynine Palms Public Cemetery District's website.

"Stacey Lee is our district manager and board secretary. She is happy to assist you with plot sales, interment arrangements, location of an interred person, and most questions or problems you may have," reads Lee's bio on the website. "Stacey maintains our cemetery maps, interment records and financial records on site."

It is unclear when the website was last updated, however, two of the board of trustees listed on the Staff page have terms listed as expiring in January 2018.

Jo Ann Pratt-Gray was unsettled to learn the manager of the Twentynine Palms Public Cemetery District is now facing an embezzlement charge.

According to the San Bernardino County Sheriff's Department, on January 2, deputies responded to cemetery, which is located at 5350 Encelia Avenue in Twentynine Palms, for a report of embezzlement. The investigation revealed Lee alleged crimes, which led deputies to serve a search warrant at her home on January 7.

"What person steals from the dead," said Anthony Ventura, resident of Twentynine Palms.

Anthony Ventura said he's been visiting mother and grandmother since 1995, who are buried within a few feet of each other.

"It doesn't make any sense, its a place of respect," said Ventura.

Both Ventura and Pratt-Gray are hopeful the swift action by the board will make a difference.

"This is my town and it represents us as a whole and I would pray that they would be on top of that kinda stuff," said Ventura.

Just two days after the arrest, the Board of Trustees held a special meeting to make new guidelines aimed at preventing fraud in district.

"What polices, I have yet to see the policies so we'll have to see what they actually do and what they say they are going to do," said Ventura.

The attorney for the cemetery told News Channel 3, the board members shouldn't comment due to the criminal investigation.

Meanwhile, the Board of Trustees plans to have a special closed meeting tomorrow to appoint an interim general manager.

"Anyone with information related to th is investigation is asked to contact the San Bernardino County Sheriff's Department Morongo Basin Station at (760) 366-4175," reads the SBCSD's release on the incident. "Anyone wishing to remain anonymous may contact We-Tip at 1-888-78-CRIME."