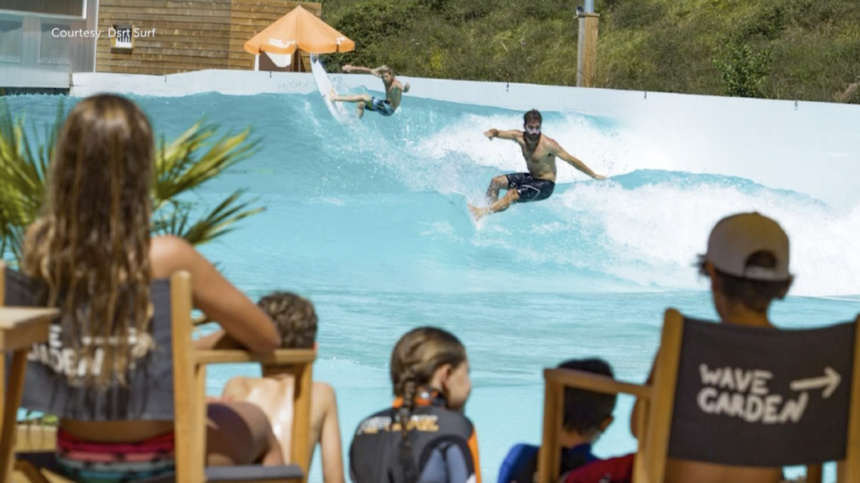 With another surf park potentially coming to the valley, we know this isn't the first time we've heard of these parks looking to make the valley their home. News Channel 3's Caitlin Thropay gives us an update on all of the park projects that are either approved, proposed or postponed.

It appears this will be the smallest of the potential surf parks to come to the valley.

“We’re going into an existing park and we’re basically giving it an update as far as technology, safety and wave quality. We aren’t loading up our real estate or our park with high end homes or a big retail center or other land uses. We want to focus on the experience of enjoying water through the water park, our wave pool and through the restaurant and those are the main elements we are going to have,” Eric Munoz, the chief development & PIO for the Palm Springs Surf Club told News Channel 3.

At that city council meeting, we were told Palm Springs Surf Club hopes to be open by the end of 2020.

Now onto "Dsrt Surf” in Palm Desert. This is another approved park, which plans to be slightly bigger. We spoke on the phone with the chief operating officer of Desert Wave Venture, David Likins.

“We are making excellent progress on the design of all those facilities … and we currently have all the financing that we need at this time so all signs are green to initiate construction later this year,” Likins said.

That park will include a surfable lagoon up to six acres as well as a hotel and residential units.

Now to the newly proposed La Quinta park. This project is proposing a 20 acre, more private lagoon created by surfer Kelly Slater’s company. It’s a part of a larger 400 acre site which plans to include a hotel and 600 homes.

More on the Kelly Slater Project

According to the city of La Quinta, this is only a proposal right now. The developers are gathering information through a series of environmental studies before they present their findings to the planning commission and city council later this year.

Lastly, the proposed “Thermal Beach Club” has been postponed and according to the assistant of Manuel Perez it will be later discussed in either March or April. Nothing on this park has been approved.

Stay with News Channel 3 as we follow these projects.