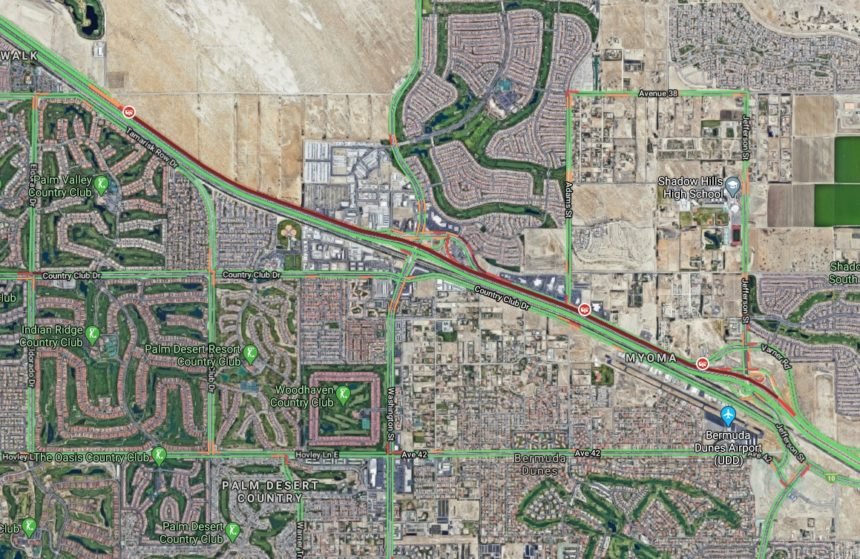 Traffic was back up to speed through Palm Desert after police and firefighters were called to a collision that slowed westbound traffic on Interstate 10 Thursday morning.

Several vehicles were involved in the wreck reported at 8:24 a.m.

Two traffic lanes were blocked for a short time, and motorists were being detoured off the freeway at Cook Street due to the lane blockage.

Traffic was backing up in the westbound lanes eastbound all the way to the Jefferson Street interchange in Indio but was beginning to move again at 9:30 a.m.

Eastbound freeway traffic was not being impacted by the wreck.

There was no word on any injuries.