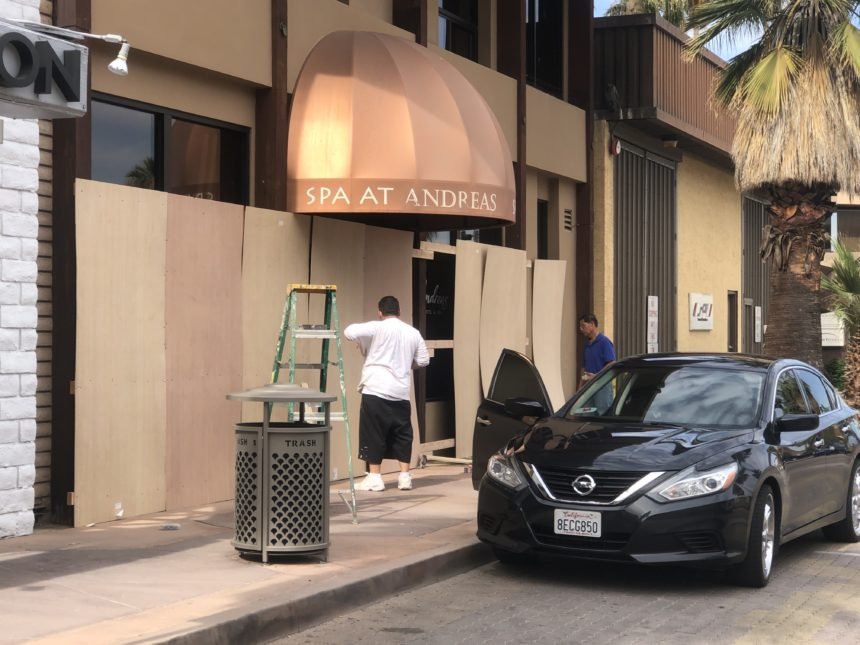 Some business owners in downtown Palm Springs are taking measures to protect their shops.

A peaceful march in Palm Springs: protestors chanted “No Justice No Peace” in wake of the killing of George Floyd, who was killed after a Minneapolis officer kneeled on his neck while handcuffed.

“We’re keeping an eye on it and hopefully everything will be peaceful." said Sheila Christenson. "Cars driving by are honking their horns in acknowledgement and we hope it stays that way."

Sheila Christenson, Owner of Lush Couture, had something in place just in case the protest went south.

“What I have told my employees is if it feels like things are unsafe to lock the doors and go out the back not its worth somebody getting injured," said Christenson.

The owner of Tacquila and Farm restaurant told News Channel 3 they had decided to close their doors for the day to keep the safety of their customers and employees a priority.

“So we have doubled our security staff so we have both security inside and outside we are looking at boarding up for this evening just in case things go south," said Brad Davis, Chief Operating Officer for Lighthouse Dispensary.

Another business owner said this comes as they work to recover from losses from the coronavirus pandemic.

“We are set back after being closed for three months now we’re having to call and tell people that they can’t come in and I think thats going to hurt alot of businesses and it also instills fear into the community and I don’t think we are in a place to quite to do that yet," said Willie Rhine, Co-Owner of Eight4nine.

“I think its just really to pay attention to police department’s messaging our response, obviously if things get out of hand we are going to keep a constant communication in the event to give them a heads up notice," said Lt. William Hutchinson, Palm Springs Police.

Many businesses in the area closed early due to the county curfew, which went into effect at six on Monday night.