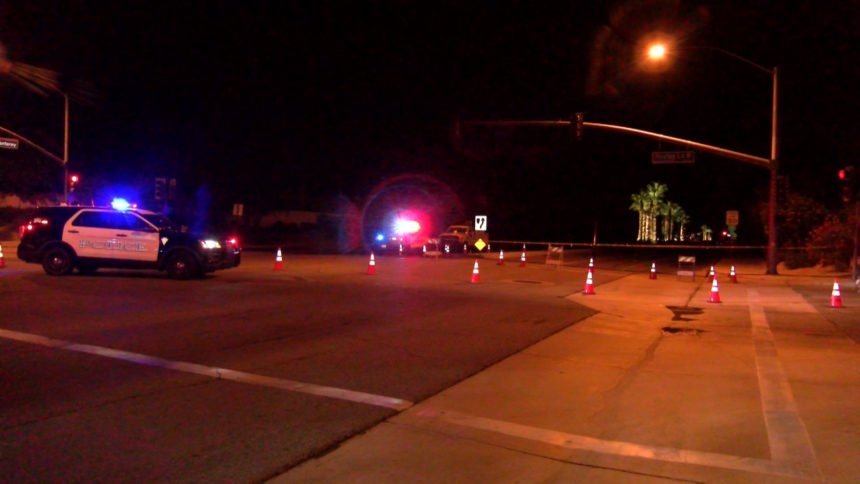 A Palm Desert intersection reopened to traffic early Friday morning after a collision that left a pedestrian dead.

Riverside County Sheriff's Deputies were called to the intersection of Monterey Avenue and Hovley Lane shortly before 10:00 p.m.

Deputies said the injured person was dead when they arrived. The person was later officially identified as Sanford Reed, 25, from Palm Desert.

Accoridng to the Sheriff's Department, the preliminary investigation suggests that the male was in the crosswalk when he was initially struck by a vehicle. After the first crash, at least two other vehicles also struck the man as he was laying in the roadway.

The driver of the first crash stopped and cooperated with the police investigation. They were later released from the scene.

The cause of the collision is still under investigation, but alcohol does not appear to be a factor.