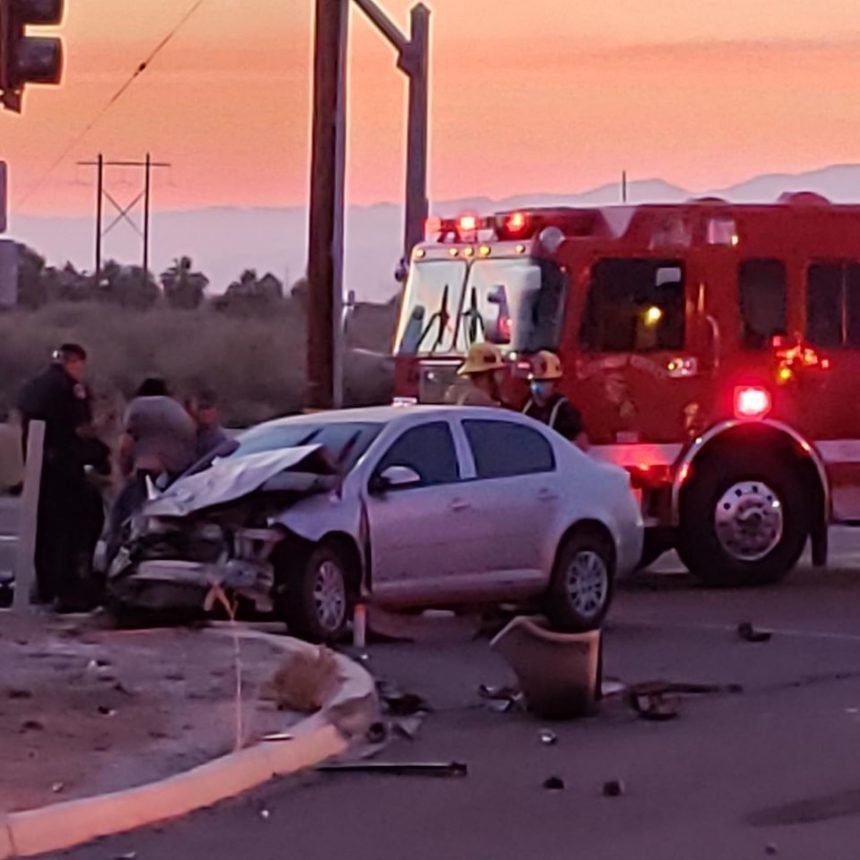 First responders were attacked by a motorist involved in a Mecca traffic collision Tuesday night, according to police.

One of those vehicles rolled over causing traffic to be blocked, according to the California Highway Patrol.

Police said one of the parties involved in the wreck reportedly became combative and attacked the firefighters who'd responded to the scene along with their fire truck.

Officers had to hold one person down with assistance from firefighters, according to the CHP.

There was no immediate word on arrests or criminal charges against the motorist involved in the altercation.

Five people in the vehicles were recovering Wednesday morning from injuries they suffered in the wreck.

The CHP said traffic lanes were blocked off until 11:00 p.m.