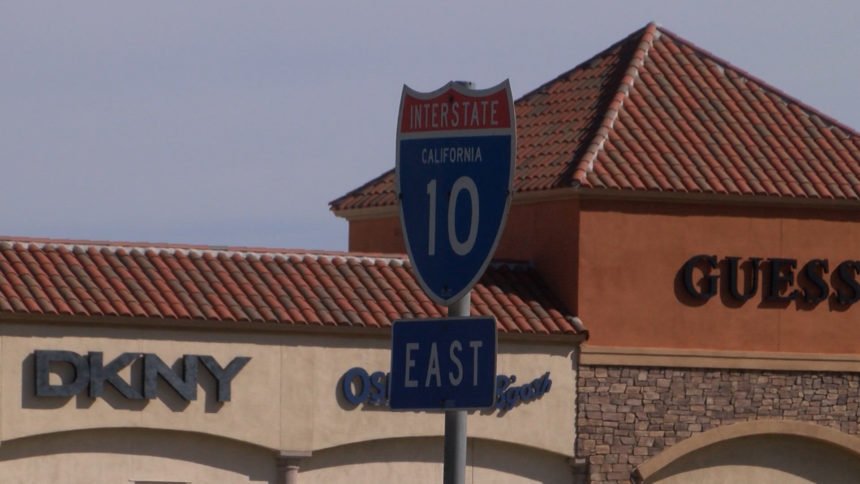 After at least two car crashes reported this morning in a construction area on Interstate 10 near Cabazon, the California Highway Patrol and Caltrans both warned eastbound motorists to reduce their speeds in the work zone and be aware of changes to the roadway.

The warning came after two vehicles smashed into temporary construction barriers Friday morning about 7:45 a.m., near the Desert Hills Premium Outlets near Cabazon, about an hour after Caltrans deployed a new temporary crossover lane along roughly five miles of roadway between Banning and Cabazon as part of its I-10 Pavement Rehabilitation Project.

The temporary lane was built to allow eastbound traffic to cross onto the opposing side of the roadway to avoid daytime lane closures associated with the project, according to Caltrans.

While no injuries were reported in the Friday morning crashes, the CHP requested Caltrans respond to check its new lane configuration, citing "several" crashes reported Friday morning, and callers who said they "did not even notice that (the) lane was ending.''

Terri Kasinga, a Caltrans spokeswoman, said personnel from several agencies traveled to the site of the new crossover lane on Thursday to meet with the contractor to check out the crossover lane before it was deployed.

"There were no apparent issues with signage or the crossover," she said. "It is common with these type of configurations for motorists to adjust and reduce their speed.''

The speed limit within the work zone is 60 mph, and the CHP will be assisting Caltrans with enforcing the new rules in order to keep workers and motorists safe, she said.

The I-10 Tune-Up project is entering its fifth month, and crews have been gradually making improvements to nearly 20 miles of roadway between Beaumont and state Route 111 north of Palm Springs.

Crews are working during the daytime hours behind protective barriers in the center median between Eighth Street in Banning and Main Street in Cabazon from 7 a.m. to 6 p.m. daily.

Next week, nighttime work is scheduled to drop the I-10 down to one lane in each direction at times overnight between Beaumont and the Palm Springs area.

Work is scheduled to begin again Sunday and continue through Friday morning.

Crews are set to close between two and three lanes in both directions on the eight-lane artery at staggered intervals between Pennsylvania Avenue in Beaumont and the SR-111 interchange to pour concrete and do other work between 7 p.m. and 6:30 a.m.

According to Caltrans, two lanes in each direction will be open until 11 p.m., then reduced to one lane overnight.

No daytime lane or ramp closures are planned, according to Caltrans. The I-10 Tune-Up includes replacing guardrails, repaving outside lanes, replacing slabs in inside lanes and upgrading various on- and off-ramps to comply with the Americans with Disabilities Act.

The $210 million project is primarily funded by the state gas tax, and the remainder through federal funds as well as some funding from the state, according to Caltrans.