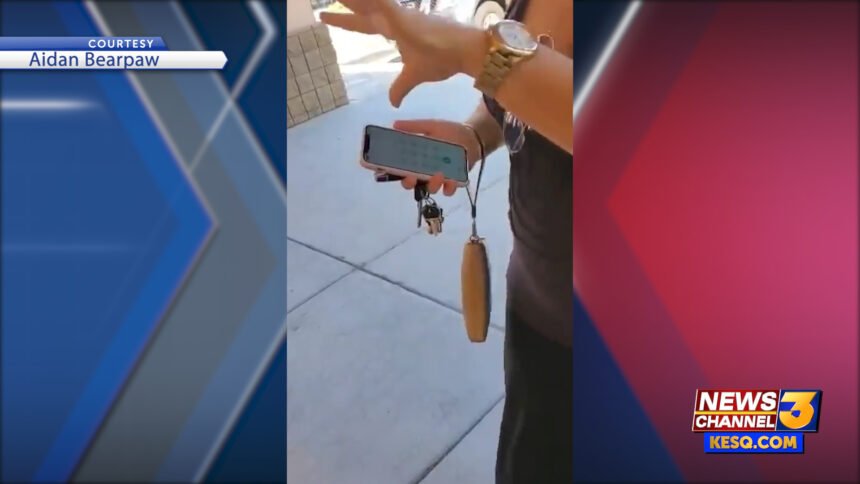 The pressure continues in Palm Springs for businesses to enforce the state's mask mandate and many essential workers are still dealing with people who refuse to comply.

A video going through social media shows one example of what some employees and owners are dealing with.

The video captures a tense confrontation after an employee tells a woman she can't go into their Palm Springs store without a mask. The woman refuses to wear a mask and even called 9-1-1 when the employee doesn't let her in.

The dispatcher told her about the facial covering city ordinance. Behind the camera, employee Aidan Bearpaw said he offered her a disposable mask.

"And I think she was kinda waiting for that to happen just cause she had the A.D.A screenshot pulled up already," said Bearpaw.

As the encounter escalated:

"It was definitely really anxiety inducing," said Bearpaw.  "But it worked out in the sense that, you know, I was able to keep myself safe, and whatever customers were going to come that we're going to come in safe."

Now, appreciation for Bearpaw's response, Some customers even snapped a photo with him.

"I'm biased, but it's a shining example of how just doing what's right," said Jay Smith, Bones-N-Scones consulting general manager. "Standing your ground overcomes all of those things. Aidan one for us that day, he didn't just want it for Bone-N-Scones. He won for the city of Palm Springs, but United States and for humanity in general."

"That's worth, just wearing the mask over your face for a little while, even if you're uncomfortable with it," said Bearpaw. "It's so simple."