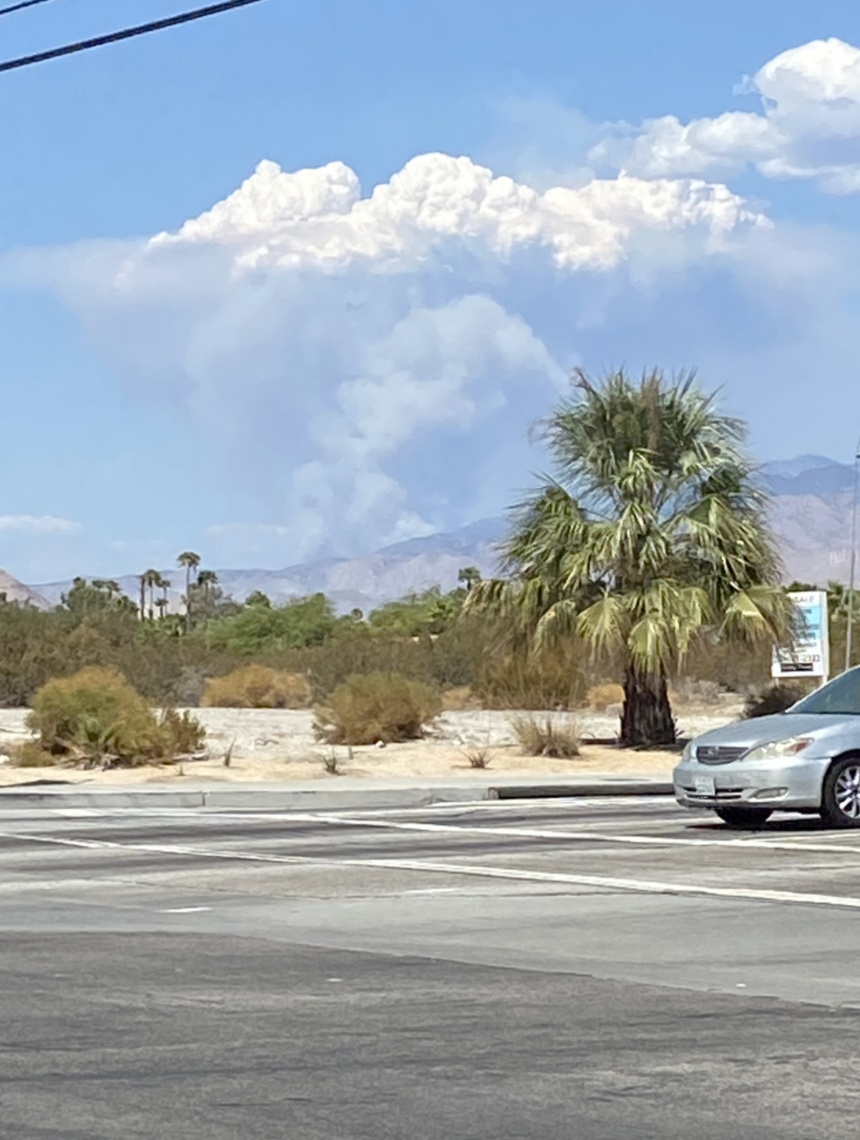 Oak Glen, Calif. - A brush fire continues to burn in the San Bernardino County National Forest after it broke out Saturday at around 10:20 a.m. in Oak Glen.

As of Saturday night the fire was 5 percent contained and had already burned more than 2,100 acres, according to CalFire.

The fast-moving blaze engulfed large areas of the mountainside. A clear view of the intense flames could be seen from the town of Oak Glen below.

"We have super extreme terrain up here, some very remote areas here that are difficult to reach and so everything kind of comes together and of course it’s incredibly hot," Shoots said.

As of Saturday night evacuation orders were in place for the communities of Oak Glen, Yucaipa Ridge, Mountain Home Village and Forest Falls. An evacuation warning was issued for the Yucaipa bench area.

The Yucaipa Community Center was being used as a temporary evacuation facility.

The El Dorado Fire has put a strain on local communities that were just settling in after last month's Apple Fire wreaked havoc in Cherry Valley. The Apple Fire burned 33,424 acres and destroyed 4 buildings.

"I’m tired of fires. We just had another massive fire on the other side burning to the east of us," San Bernardino Mountains Preserve System Regional Director, Douglas Chudy said.

Chudy lives and works in the area. Despite evacuation orders, he wanted to wait and see whether he'd have to leave everything behind.

"I’m waiting tight because I don’t want to have to move everything out again just to bring it back, but at this point it looks like I just may have to. The smoke is down further south than it looks like," Chudy said.

Many other residents weren't taking any chances. Some could be seen hauling away what they could down the mountain.

Several agencies have responded to the scene and are battling the latest of several wildfires that have broken out this summer in California.

"Fortunately we do have a lot resources on scene and you can hear the aircraft working behind us doing their thing and this thing is still running at this point," Shoots said.