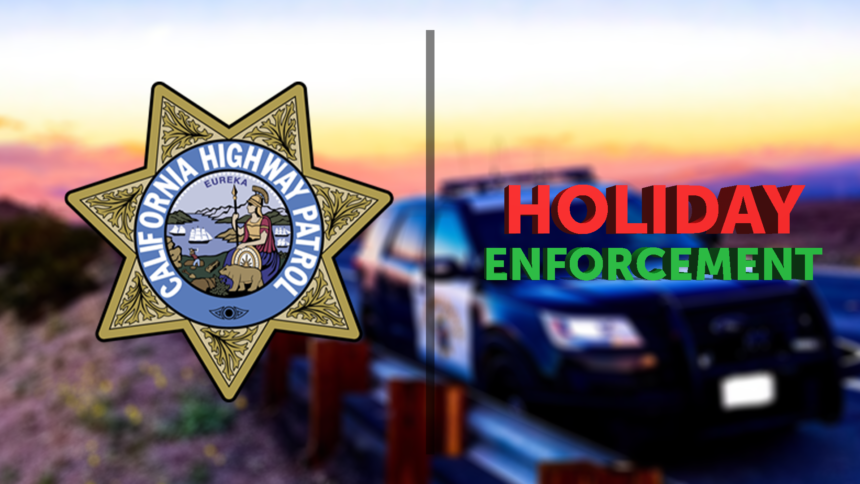 California Highway Patrol officers in the Inland Empire are out in strength for the agency's annual Christmastime crackdown on drunken and drug-impaired drivers.

The Christmas holiday ``maximum enforcement period'' got underway at 6 p.m. on Christmas Eve continue until late Wednesday night. All available officers will deploy during the MEP to catch DUI suspects, speeders and other traffic violators.

During last year's Christmastime enforcement campaign, the CHP arrested 1,166 people statewide for DUI, compared to 917 arrests the year before.

Our goal at the CHP is for everyone to get home safe,'' agency Commissioner Warren Stanley said.When a person chooses to drink and drive, it not only puts their safety at risk, but it endangers the life of everyone on the road with them. We encourage the public to help us save lives and remove these dangerous drivers from the roadway by reporting them to 9-1-1.''

A total 16 people died and 350 others were injured in collisions on roads and highways under the CHP's jurisdiction during the 2018 Christmas holiday period, according to the agency.

Officers from the Riverside, Beaumont, Blythe, Indio and Temecula CHPstations will be on inland freeways, highways and unincorporated roads in Riverside County, looking to snare scofflaws during the 30-hour MEP.

The campaign will coincide with end-of-year holiday enforcement efforts now underway in jurisdictions handled by the Riverside County Sheriff's Department, as well as multiple municipal police agencies, which are using saturation patrols and sobriety checkpoints to apprehend drunken and drug-impaired drivers.