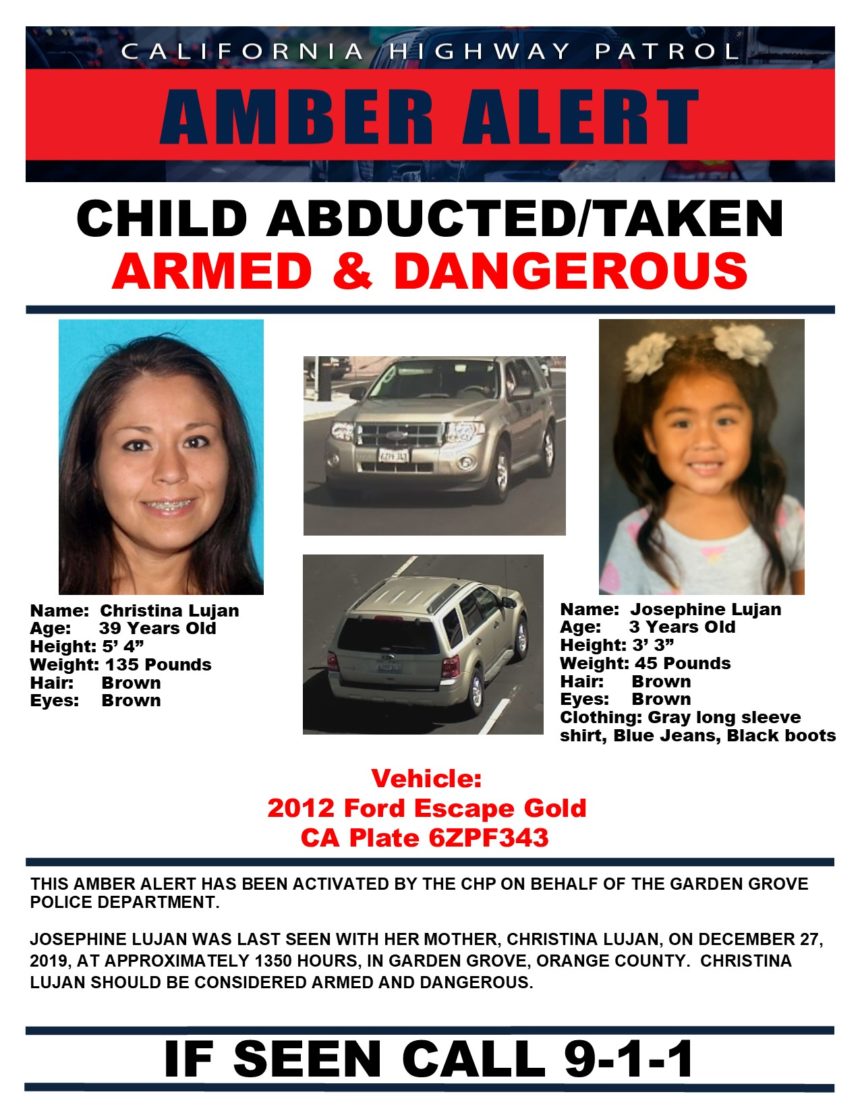 The California Highway Patrol issued an amber alert for a three-year-old taken by her mother. The child was located and her mother has been taken into custody.

Josephine Lujan, 3, was last seen with her mother, Christina Lujan on Friday at approximately 1:50 p.m. in Garden Grove.

According to KABC, CHP pulled the vehicle over on the 15 Freeway in Devore shortly before 7 p.m.