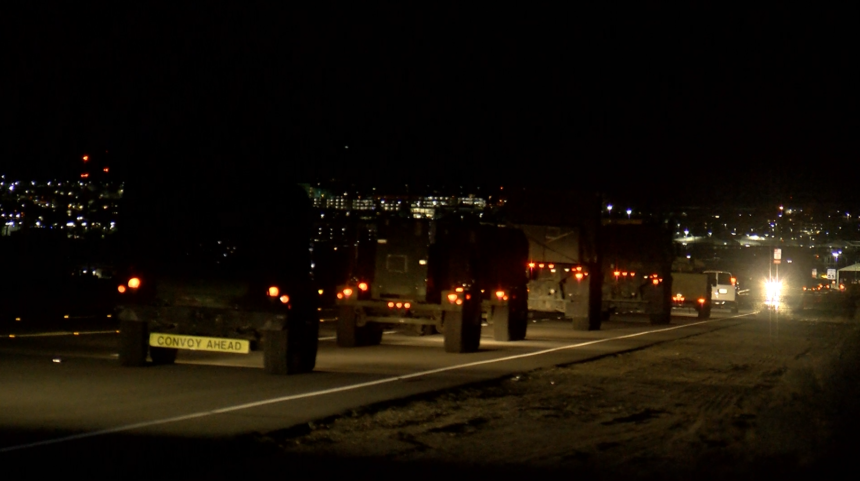 Officials at the Marine base in Twentynine Palms said Wednesday there are no new deployments scheduled locally in response to this week's Iranian attacks on U.S. bases in Iraq.

Lt. Cameron Edinburgh with the 1st Marine Division said there are, however, units deployed to the region from the Special Purpose Marine Air Ground Task Force, which includes Marines from the Twentynine Palms base.

Edinburgh said the units have been in the Middle East for some time as part of a regularly scheduled deployment, and were not sent in response to recent events.

Currently on the base, which is officially called the Marine Corps Air Ground Combat Center and Marine Air Ground Task Force Training Command, training exercises are being hosted and executed. They focus on the tactical application of combined arms maneuver warfare during major combat operations.

Officer Bobbie Curtis said Wednesday Marines on the base will continue to focus on those missions year-round, even as other events unfold globally.

With much of the community in Twentynine Palms centered around the Marine base, civilians who live there say they expect to feel impacts of the conflict with Iran regardless of whether anyone is deployed locally.

"Nobody wants to go to war, like nobody wants that but when other countries are threatening your country, I feel like you need to take action," said Kristina Burdett. She's had a Twentynine Palms-based military family her entire life.

Burdett said the community there is tight-knit with a shared understanding.

"When that stuff does happen, you can feel it in the community," she said. "We all kind of come together a little bit more."

And while the prospects of going to war frighten her, it's nothing she hasn't seen before.

"Every time you see those white buses go on and off the base, it affects you," Burdett said. "That's somebody's family that's leaving."

It isn't her own family she fears for, but rather her brothers and sisters in uniform.

"It's scary, like I know (my kids') dad won't be going anywhere, but I have friends that still might, or they're out but they want to go into reserves — re-enlist just for this reason," Burdett said.

She said no matter what the tensions come to, she is proud to support those who defend our country.

"I'd like to think we're all there for our troops, regardless of what our beliefs or opinions are," Burdett said. "I know I am 100 percent for our troops."