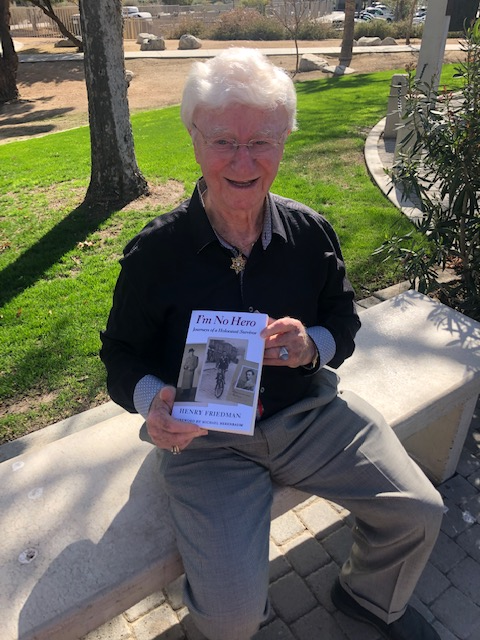 It has been 75 years since former prisoners were liberated from the Auschwitz concentration camp.

“For a person a like myself who has risen from the ashes to be around even today after all these years," said Henry Friedman. "It’s a miracle.”

Holocaust survivor, Henry Friedman, gives gratitude everyday to be living in a country he calls "paradise."

“Everyday that I get up I say what can I do today to say thank you America for giving me the opportunity to start a new life," said Friedman.

Friedman took a look at the memorial wall, which remembers the 11 million people who died in the Holocaust.

“See for years we couldn’t even talk about it. It took years for the ones to heal before we could open up,"said Friedman.

More than 75 years have passed since the largest killing center and concentration camp, Auschwitz, was liberated. However, hateful crimes continue to exist including some reported anti-semitic vandalism incidents in the valley.

Organizers said the annual commemoration comes at a crucial time and are hoping the event sets the example for the younger generation.

Friedman has a message before the anniversary.

“You can prevent hatred, you can prevent bullying. You can not be a bystander because you are as guilty as the person that commits the crime,"said Friedman.