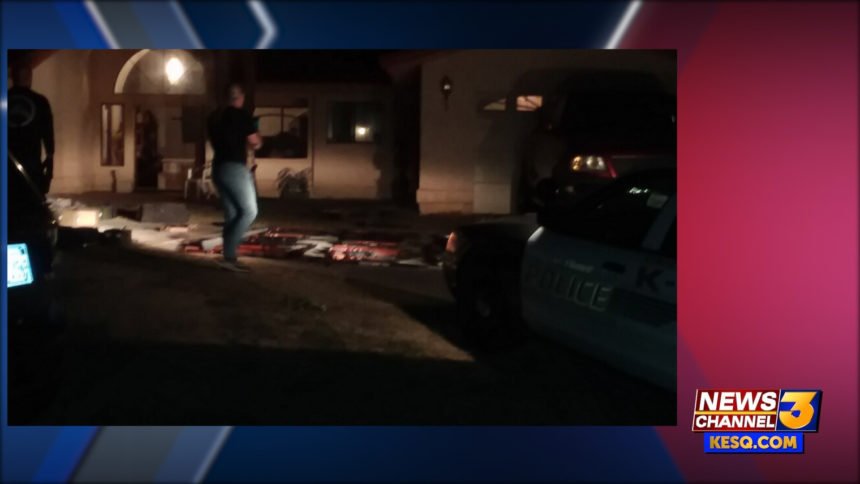 According to RSO, Thursday at around 5:30 p.m., the Riverside County Gang Impact Team was serving a search warrant at a residence in the 78700 block of Darrell Drive. While this operation was underway, the team found military ordnance items and suspected explosives.

In total, RSO confirmed more than 100 pounds of homemade explosives and military ordnance items, including C4, were found inside the home.

The Riverside County Sheriff’s Hazardous Device Team was called to the scene to assist.

RSO also revealed that two of the items found in the home were deemed too unstable and unsafe to be able transport/store. Authorities disposed of the items, resulting in residents reporting two explosions. Viewers reported hearing the noises all the way in La Quinta and Indio.

Viewers called the newsroom to report the noise at around 2 a.m.

Initially, an RSO spokesperson told News Channel 3 deputies conducted a controlled detonation of illegal fireworks while responding to a family disturbance at approximately 2 a.m. in Bermuda Dunes. However, later in the morning, the department confirmed the domestic disturbance and explosions were unrelated.

No one was injured and nothing was damaged during the investigation.

A shocking discovery for the Bermuda Dunes neighborhood.

"I grabbed my baby and ran to my husband I was scared I didn't know what it was but I thought it was something serious," said Jack Averna.

Jacy Averna, Bermuda Dunes resident, said she woke up to the walls in her home shaking.

"It sounded like something crashed into the earth, it was just loud rumbling sound," said Averna.

James Skeen, a resident, said he heard two explosions within 45 minutes of each other.

"And even larger boom that rattled the windows and shook the house so I come back out and still couldn't tell see anything evident as far as in the sky or anything that would tell you what happened," said Skeen.

Collin Hackett, 34, was arrested on suspicion of possession/transportation of narcotics for sales and illegal possession of firearms, the District Attorney's Office announced.

Hackett was released on Friday on $50,000 bail, according to county jail records. He is expected to appear in court on April 1.

The DA's Office revealed that GIT members located and seized various amounts of drugs believed to be cocaine, ketamine, and LSD, as well as 53 firearms.