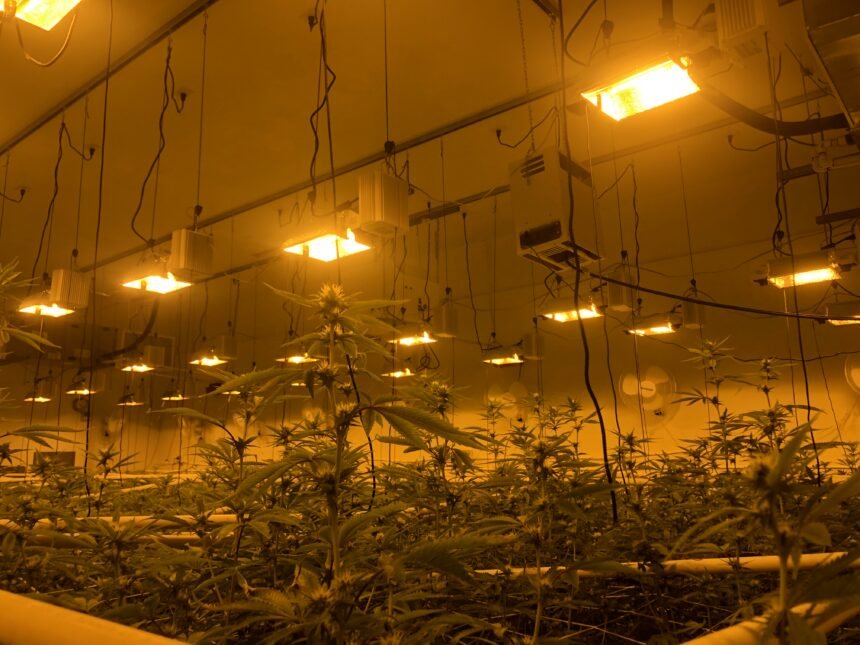 An investigation that was started a few months back  by the Riverside County Sheriff's department led to a raid that landed two people in custody on Thursday.

Detectives said they are accused of running an illegal marijuana operation in Thousand Palms.

Rows of illegal marijuana plants growing in this abandoned  warehouse in Thousand Palms.  Riverside County Sheriff’s department busted a drug raid this morning. A detective taking us inside the operation.

“Somehow put in an electrical box, you can see a lot of electricity being used here, the water, they rigged these water lines illegally," said the detective.

Three rooms full plus the upstairs. There were well over a thousand plants inside. .

The detective we spoke with wanted his identity to be shield as he also works undercover.

“Marijuana, we found some methamphetamines, two guns, one that we can confirm to stolen, from another agency," said the detective.

Detectives arrested two male suspects. One of them they said appeared to be living inside.

But officials believe these two people aren’t the mastermind.

“A criminal organization. This is not just two people in here working.This takes a lot of people to, again, not only if you look at the complexity of just having to string the trees up, get them growing the right way, nurturing them, watering them, feeding them, fertilizing them," said the detective. "It's a complex operation with multiple people involved.”

Detectives said they are coming across these types of illegal grow houses more often now then before, but this one took it further.

“There's a lot of money that goes even to just setting this up in this building alone. The walls were fortified, the roll up doors were sealed and fortified. The front door was completely fortified with steel grates," said detective.

Nearby employers also surprised to hear the news.