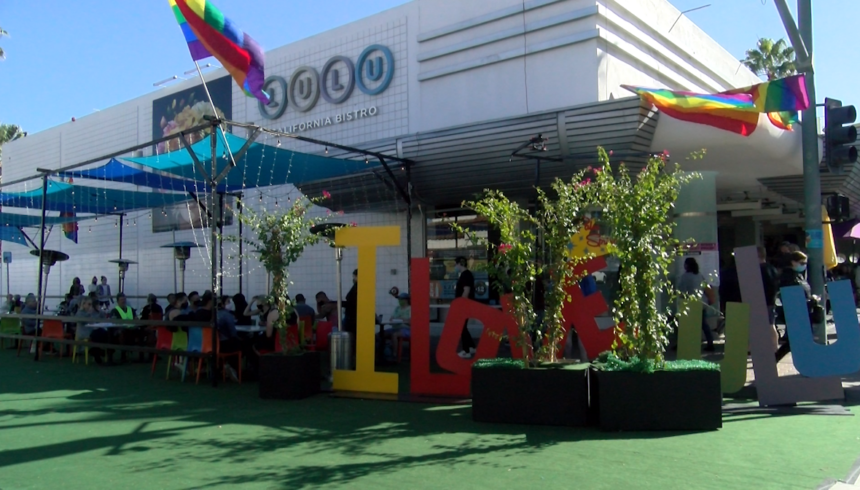 Several industries across the Coachella Valley are encouraging workers to get tested for COVID-19.

"The more we test and have negative tests the sooner businesses can open back up," said owner of Jada Bug's Kids Boutique in La Quinta, Heidi McArthur.

The goal is to drive county numbers down so Riverside County can move away from its most restrictive tier.

Like businesses across the Coachella Valley, Jada Bug's Kids Boutique has taken a hit from the pandemic.

"I personally get tested once a week," said McArthur.

McArthur is currently running the store by herself. However, when she is able to bring her 2 employees back, she said she plans to encourage them to get tested frequently.

"Employees get tested once a week, like I do, and I will pay them for their time- the time it takes them to go get tested," said McArthur.

Different industries across the Coachella Valley are taking an extra step to keep work environments safe, while staying in business. Many are having to make adjustments because the show must go on.

"We are looking to shoot this next film before the end of the year and it's going to be exciting to bring these big star actors around the desert," said filmmaker and Palm Springs native, Christian Sesma.

Sesma is poised to begin working on his third film during the coronavirus. The details of the new film have not been released. Sesma's latest film, action thriller Take Back, was released this year and starred big name actors including Mickey Rourke and James Russo.

"We were one of the first productions to be cleared by the Screen Actors Guild for that. We were one of the only productions in the state to be going, and that’s because we had very strict COVID protocols and procedures that were not only mandated by the Screen Actor’s Guild, but also we put together a COVID advisory board with local officials, heads of hospitals, heads of the tribe..." said Sesma.

The filmmaking process has included implementing what Sesma called a 'quarantine bubble' among cast and crew members that allowed them to stay in place without being exposed to others that may have not been screened.

"You have to be tested to even step foot on set, you have to provide that test, give it to production. We make a file and every person has a file for their testing record," said Sesma.

"I get tested frequently because I feel like it's something that I can do to help our businesses reopen," said Greater Palm Springs Convention and Visitor's Bureau Director of Partnership, Davis Meyer.

CVB has committed to working with hotels, restaurants and other tourist-related businesses particularly to encourage to get tested.

"They key to really moving forward, getting indoor dining back, getting a lot of our businesses reopened is more testing among residents in Riverside County," said Meyer.

At Lulu California Bistro in Palm Springs, employees are also being encouraged to get tested. The restaurant is also allowing employees to do so while they work.

"If you want to be a part of it please sign up, you're more than welcome to take off and then come back to work, said general manager, Gabe Terrado.

Terrado said he frequently gets tested, and said it's important to drive county numbers down to be able to operate regularly.

"In this business we need inside dining and the only way we're going to get back to that is if we all take part and be proactive and test," said Terrado.

In recent days Riverside County has experienced an uptick in cases, according to county spokesperson, Jose Arballo.

"It's really important as we move forward whether it's to open the economy or find out the spread of the virus within a particular area," Arballo said.