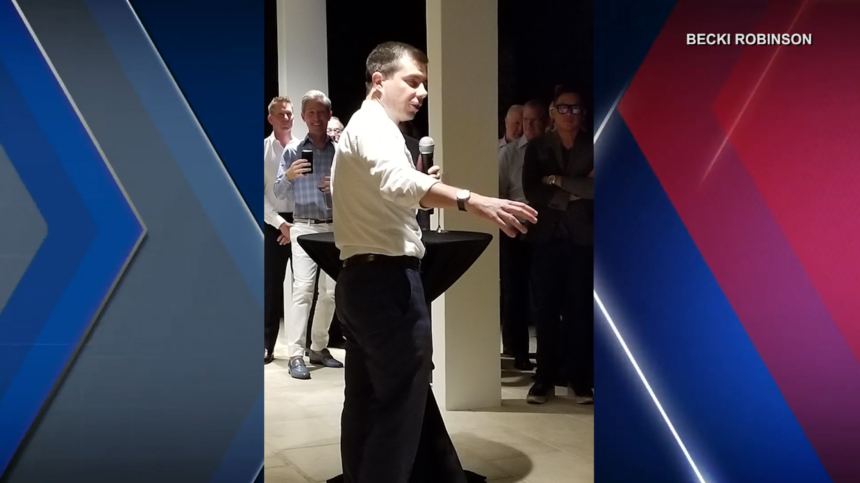 Democratic presidential hopeful Pete Buttigieg stopped in the valley Friday, raising money for his campaign. This week, he's riding a wave of optimism after jumping ahead in the polls in Iowa.

"Mayor Pete," as he is called on the campaign trail, was at a reception at the Andreas Hills Private Resort in Palm Springs, then an hour-and-a-half meet and greet with supporters at Thunderbird Heights in Rancho Mirage.

"The most important thing that I came out with is that we have to do whatever we can to make sure that everybody in this country feels that it is their country," said Becki Robinson, who bought a pricey ticket to be in the same room as Buttegieg.

"It was important for me at this point to actually support him and to meet him," Robinson said. "I really, for whatever reason, at 72 , wanted to meet him."

Her cell phone was rolling as she got the chance to address the candidate at the event .

"You make me feel like I belong and I think that is so important," Robinson told him to applause.

Buttegieg is the mayor of South Bend, Indiana, a veteran of the war in Afghanistan, the youngest contender in the presidential race, and the first openly gay person to run for president.

Rich Weissman, organizer of the volunteer group "Palm Springs for Pete" said it was his grassroots group that got the attention of Mayor Pete's campaign.

"They saw the kind of work that we were doing in just a one month," Weissman said. "Getting things together, organizing, getting people behind it ... and so they said, 'Okay, we will send Pete out to Palm Springs!'"

"He’s the exact opposite of what we have now in the White House, and I think that is extremely important," Robinson said.

If you missed your chance to meet Mayor Pete this time around, his campaign said he will be back in a more public setting once we get closer to the California Democratic Primary in March 2020.