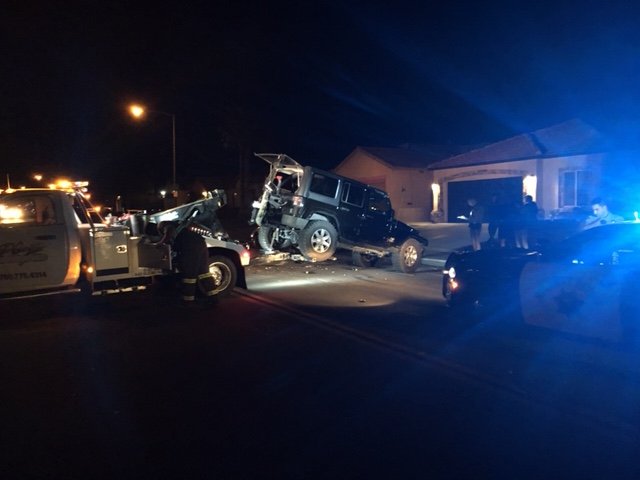 An SUV crashed into a parked car on Robert Road in Thousand Palms around 6:00 Saturday night.

A witness tells News Channel 3, the SUV overturned, and says at least one occupant ran from the scene.

Deputies at the scene were taking photos of a gun they had placed on the trunk of a law enforcement vehicle.

At least one occupant of the SUV was placed in handcuffs for questioning.

News Channel 3 will provide more information on the case as new details come into the newsroom.