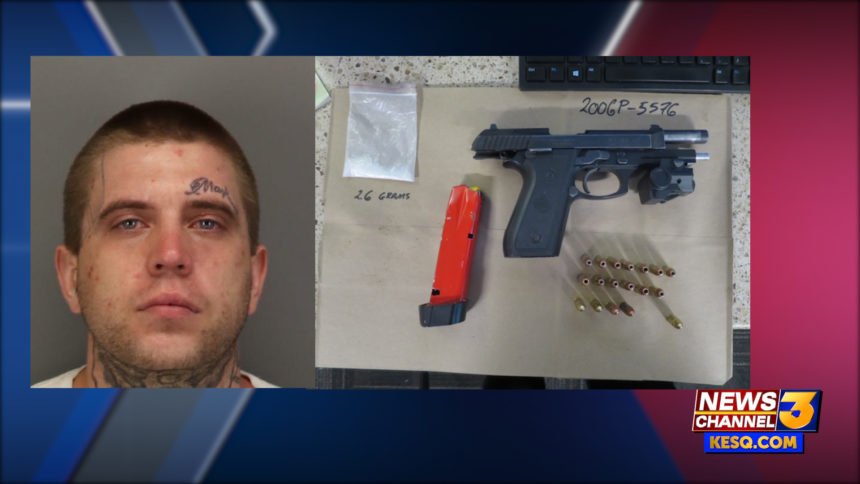 Palm Springs Police officers say they found a loaded firearm and a suspected methamphetamine in a vehicle during a traffic stop.

The traffic stop happened Wednesday at around 10:22 p.m. on the 400 Block of E. Amado Road. Police say they stopped the vehicle for a minor traffic violation but did not disclose what exactly the violation was.

According to PSPD, a record check was conducted on the driver, identified as Michael Fisher, 23, from Beaumont, which revealed he was out on parole.

Police say they found an unregistered loaded firearm hidden inside the vehicle along with suspected methamphetamine.

Fisher and a passenger in the vehicle were arrested and transported to the Larry D. Smith Correctional Facility in Banning.