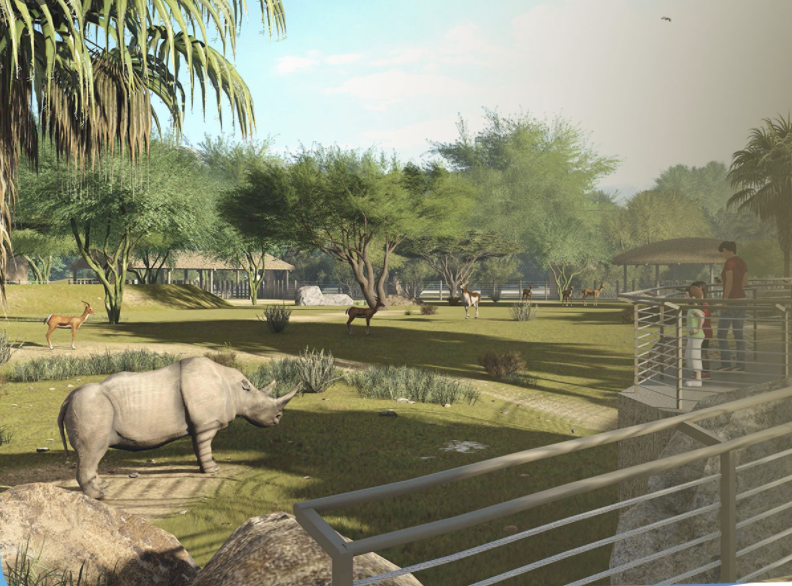 The Living Desert Zoo and Gardens is making some big changes.

In about a year, you will be able to encounter rhinos like never before.

"You know those amazing cubby unicorns as we like to call them; they are critically endangered in the wild," CEO and President of The Living Desert Zoo and Gardens, Allen Monroe told News Channel 3 during an exclusive interview.

It's a part of a large effort called "Crossroads for Conservation." This is a master plan that started in 2015 to help protect endangered species.

What's now six acres of dirt and construction will one day look like a beautiful rhino savanna.

"This will be a multi-species habitat and the star attractions there will be a breeding pair of black rhinos," he said.

They're crossing their fingers to have some baby rhinos at the zoo in the next few years, but that's not all.

"We have other species of antelope that'll be in with the rhinos," Monroe shared. "Things like Springbok and Waterbok, Klipspringer and new species of birds that we'll be bringing into our animal collection here. Species of pelicans and vultures," he said.

This is a massive project that costs $17 million.

"The funds from this kind of project come from our capital programs and so we've been doing fundraising for the last several years to raise the millions of dollars that are necessary that donors give us specifically to continue to improve the park on a master scale like this," he said.

As far as their operating expenses, Monroe said the zoo is still struggling because of a decrease in attendance from the pandemic.

However, the zoo is still expecting their rhino savanna to be complete by November 2021.

Link to a video showing the entire project: https://protect-us.mimecast.com/s/PSVdCADgkNsZpLyIGunKT?domain=youtube.com