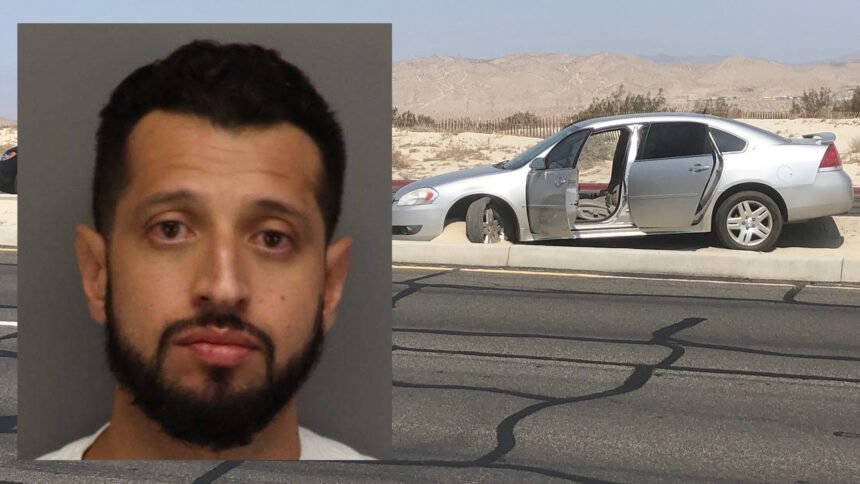 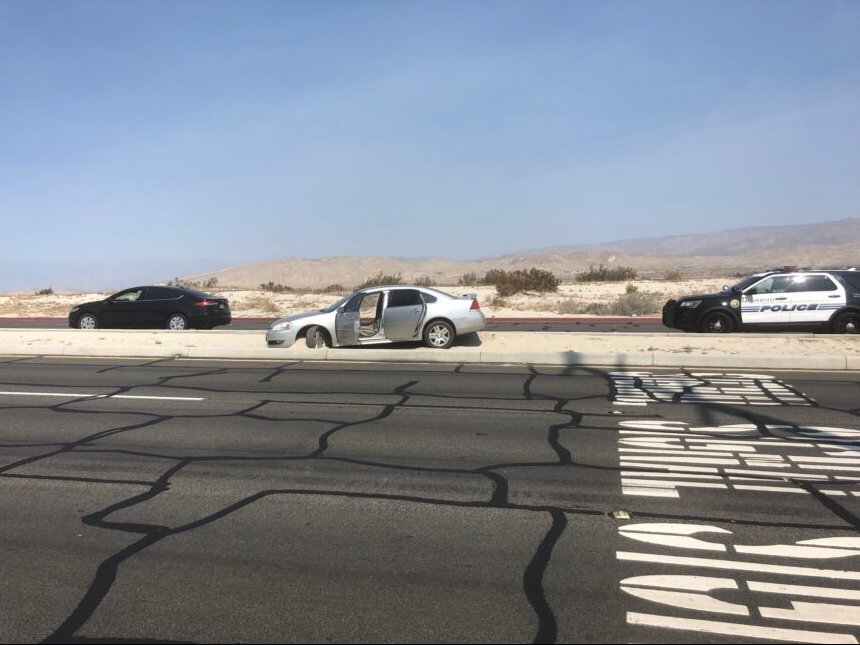 A Palm Springs man was in custody Friday morning accused of abducting an ex-girlfriend and driving her around the Coachella Valley while threatening her at gunpoint.

He is accused of driving to Palm Desert, even firing a gun from the car, before he crashed in the center median of Dinah Shore Drive just east of Bob Hope Drive.

The silver Chevrolet sedan was seen on top of the center median.

Police said the suspect fired a handgun out the car window and was reportedly threatening his passenger before a physical struggle ensued and the car crashed.

Police searched the area for hours but never located the man they said was considered armed and dangerous.

The woman he allegedly assaulted was not seriously injured.

He was expected to appear in court next Tuesday. He was booked into the John Benoit Detention Center, where he was being held in lieu of $75,000 bail.

He had also been arrested two weeks earlier in Palm Springs on suspicion of domestic abuse and inflicting injury.

The suspect was booked into jail and the same day and posted $50,000 bail. He was then released. Charges have not yet been filed in that case.

KESQ News Channel 3 chose not to name the man, once he was arrested, until former charges are filed against him.