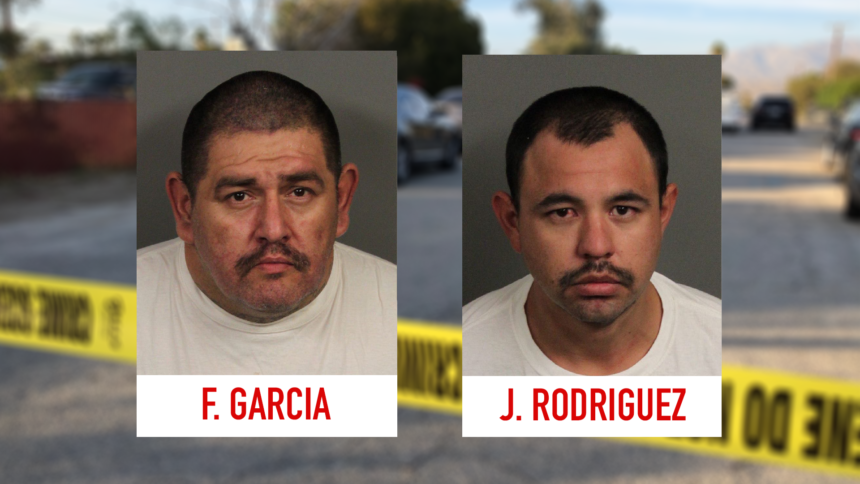 News Channel 3 first reported on the incident Tuesday afternoon, when the victim's body was found in the Shadow Hills area of Indio.

The incident was ruled a homicide Wednesday, according to a release issued by Indio Police Department Administrative Officer Ben Guitron.

At 1:41 p.m. Tuesday, IPD officers responded to the 38500 block of Rancho Los Coyotes for a report of a deceased person found in a home. Upon arrival, investigating officers found a deceased female victim who had suffered gunshot wounds. They determined that the death was suspicious and identified two persons they believed to be involved.

The suspects, Johnny Rodriguez, 25, and Fred Garcia, 44, both of Indio, were arrested. Rodriguez faces a murder charge and Garcia faces a charge of being an accessory to murder, witness intimidation, and being a felon in possession of a firearm.

"This investigation is still ongoing and any information regarding this case should be forwarded to Major Crimes Unit Detective Matt Gutting, (760) 391-4057., or call Coachella Valley Crime Stoppers at (760) 341-STOP for anonymous information," read an excerpt from IPD's news release.

Garcia and Rodriguez are set to be arraigned at Larson Justice Center in Indio on Friday at 8:00 a.m.

This is the first homicide reported in the valley this year.