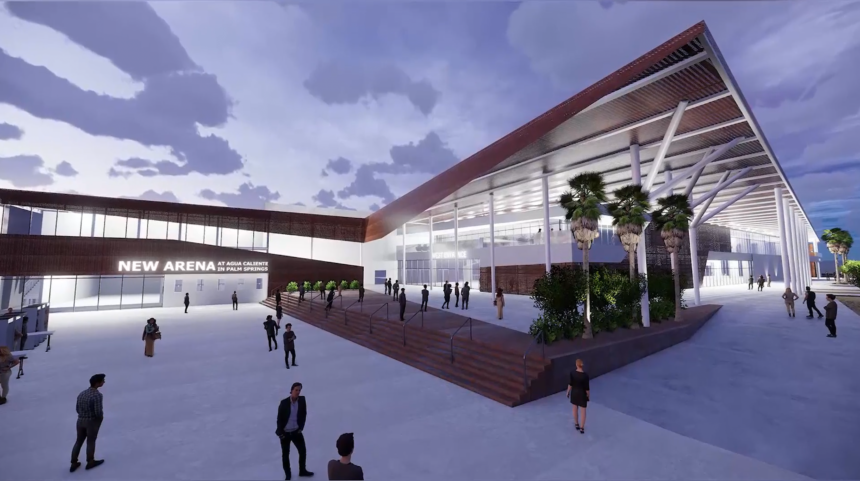 "The appeal to me of Palm Springs is that it's a small, manageable community," said Fergus Hughes, who lives across the street from the proposed site. "Do we need the arena?"

Hughes' biggest worry is the traffic he fears will inundate his two-lane street.

City planners said the tribe's proposal doesn't adequately address parking or traffic for its more than 10,000 guest capacity, with only 650 on-site parking spaces slated. For the rest, developers will instead rely on existing public and private parking lots, as well as street parking in the area.

But the city wants to reserve parking for tourists and downtown businesses too, like in the downtown parking garage.

"Because the parking garage is committed for the downtown project and downtown businesses, it would not be available for arena parking," said Flinn Fagg, director of the city's planning services.

Other mitigation proposals include parking permit programs to protect residential streets and implementing parking meters within a mile of the arena, an idea met with boos at Thursday's meeting.

Concerns also arose about the need for increased public safety. The city's police and fire chiefs said they anticipate nearly $20 million would be incurred between their two departments to keep the arena and surrounding area safe.

"There could be manmade disasters such as a bombing, mass shooter, a hazardous material incident, and even arson," said Palm Springs Fire Chief Kevin Nalder.

City leaders will make recommendations to the tribe with what they think should be done to mitigate these issues. But since the tribe has sovereignty over its land, they have no obligation to take the recommendations.