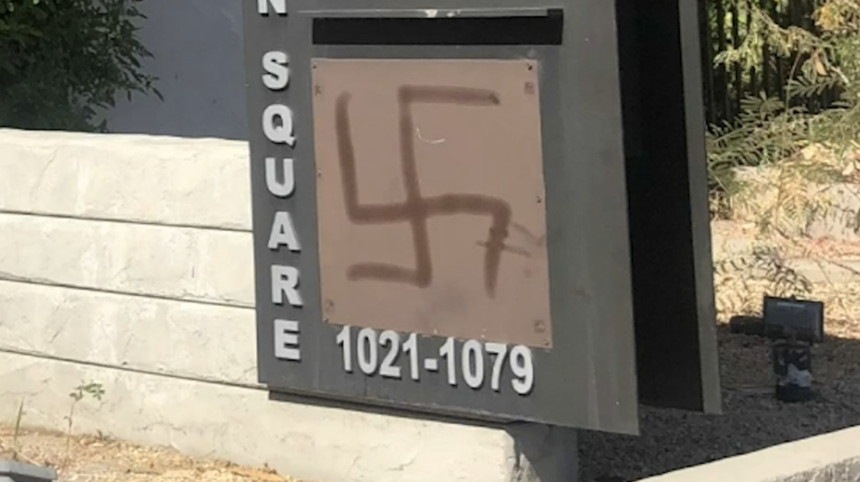 The local Jewish community is banding together after a spike in anti-semitic hate attacks around the country.

"We need to continue being Jews," said Rabbi Steven Rosenberg with Temple Isaiah Palm Springs. "No hate group, no anti-semitic group is going to scare us away."

Last week in an attack in New York, a man slashed five Hasidic Jewish men with a machete as they celebrated Hanukah at their rabbi's home – the latest in a string of violence targeting Jews.

"People beaten on the street, their hats much like the hat I'm wearing now knocked off, pushed, shoved, and it's gotten worse," said Boz Werdiger with Chabad of the Desert. "There's been a shooting in Jersey City that took the life of a few Jewish people."

Closer to home, a swastika was discovered drawn outside a Palm Springs office building in October, raising concern for Jewish people here in the valley.

"Having these incidents happen, you are watching your back more than you would have otherwise," said Steven Geiger, director and founder of the Mensch Foundation.

"We have to get rid of the notion that it can’t happen here – it can happen anywhere," Rosenberg said, adding that it's about being prepared. He said every service at Temple Isaiah is equipped with armed guards for added security.

But Rosenberg also said it's about speaking out louder than the hate that persists.

"I think it's very important that we stand up and be very loud and proud and say, 'We’re Jewish; we’re proud of it,'" he said.