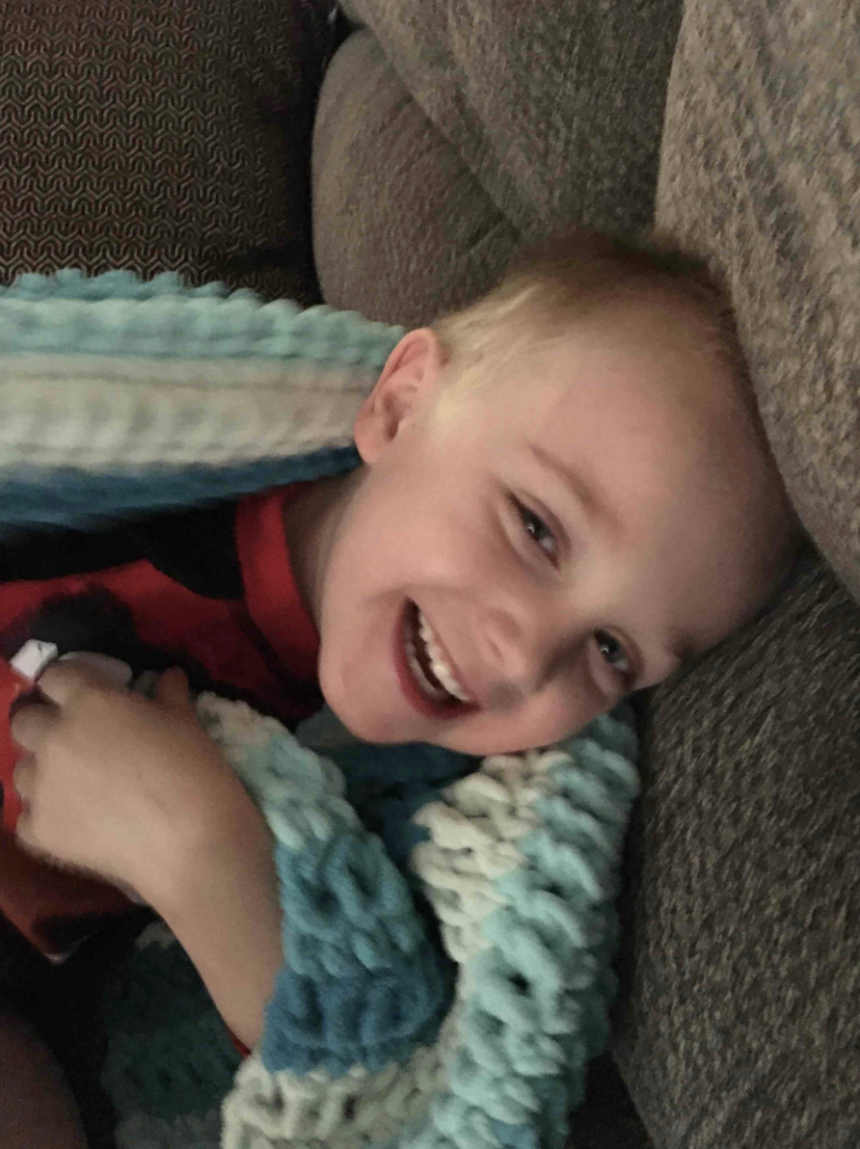 DESERT HOT SPRINGS, Calif. - Gavin Ludwick, 7, is making a strong comeback after he was the victim of a violent 'unprovoked' attack in Desert Hot Springs on the night of July 18.

"He’s a little miracle. [Doctors] told me at the beginning they wouldn’t give me any kind of prediction on how he was going to do, but they said that children do a lot better than adults and just to keep that hope. After he started getting better, he just zoomed and got better so fast that it blew everybody away including the doctors," Gavin's mother, Wendy Ludwick said.

Little Gavin was attacked on the 9600 block of Vista Del Valle after heading home from a neighbor's pool party. In an exclusive interview Ludwick previously did with News Channel 3, she said she went to pick him up at 5:00 p.m., but the neighbor said she was going to get them food, and that she would bring Gavin home on a golf cart.

"Well something happened and she didn’t give him a ride home in the golf cart and she just sent him to walk up the street. I didn’t know that or I would have gone down to pick him up," Ludwick said.

A neighbor who lives across the street, Alturo Delgado, said was leaving his home with his girlfriend to get food. As he turned the car around, he discovered the unconscious boy lying facedown on Vista Del Valle just after 7:00 p.m.

Ludwick said she and her daughter heard a knock on the door. Her daughter went to answer, and Delgado was carrying Gavin in his arms. She said Delgado placed him on the couch and that's when she called 911.

Gavin was first taken to Desert Regional Medical Center before he was airlifted to Loma Linda University Children's Hospital.

Desert Hot Springs Police conducted an extensive investigation along with Riverside County Sheriff and California Highway Patrol. Nearby surveillance video led them to arrest Daniel Poulsen, 32, the morning after the attack. He was charged with attempted murder. Police described the incident as a random, unprovoked attack.

Poulsen was set to be arraigned, but a judge declared a 'doubt' to determine whether he is mentally competent. A new doctor was appointed on September 17 to evaluate Poulsen. The results are expected for the next court date, set for October 29.

"Its been a nightmare, something that shouldn’t have to happen to a 7-year-old," Ludwick said.

Ludwick said Gavin was hospitalized at Loma Linda University Children's Hospital for 23 days, followed by more than 2 weeks of rehabilitation. She has been at her son's side every step of the way.

"After he started getting better, he just zoomed and got better so fast that it blew everybody away including the doctors," Ludwick said.

Doctors inserted a metal plate to fill the space of Gavin's skull that was damaged.

"Now he has to go back tomorrow for some plastic surgery because some of the stitches are not healing," said Ludwick.

The family is hoping that this will be the last procedure, with the exception of occupational therapy to strengthen Gavin's left arm.

"Every time he hears he has to go back, he just breaks down and cries. He doesn’t want to talk about it," Ludwick said.

The family has since received gifts and support from friends, family and people they don't know. A GoFundMe page has also been set up to help the family with medical expenses:

"It shows that humanity is not gone. People are still kind and caring and it’s wonderful," said Ludwick.

Meanwhile Gavin is back to his normal, energetic 7-year-old self.