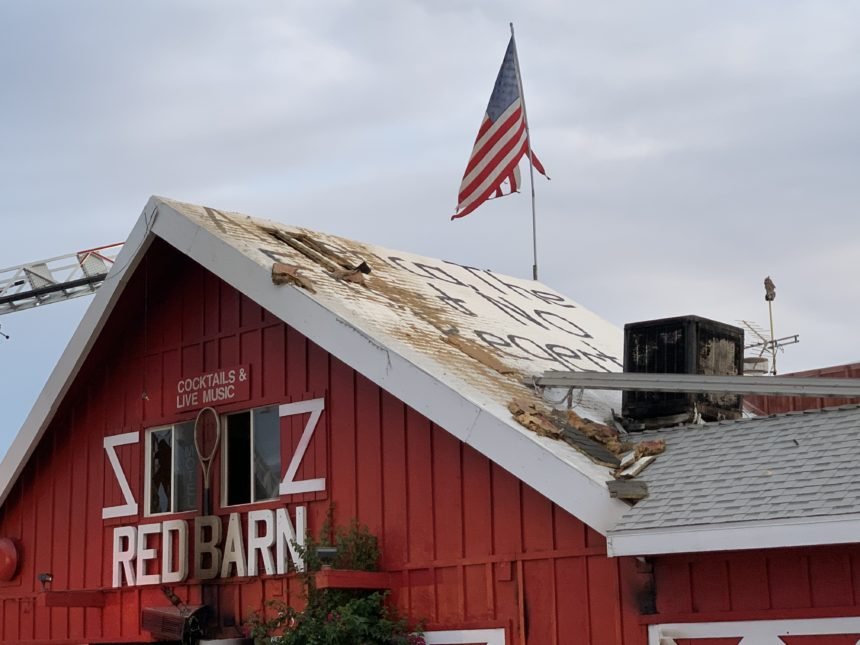 Red Barn in Palm Desert owner is speaking out a little over 24 hours after his businesses were destroyed in a fire.

In a post of the bar's Facebook page, Red Barn John, a moniker known to be used by the owner John Labrano, expressed his thoughts on the fire, thanking the community and expressing gratitude no one was injured. In his post, he suggested the bar was targeted.

"It appears the Red Barn has been victim of violence and destruction, along with other responsible businesses in the Coachella valley including the Republican party headquarters in La Quinta," Red Barn John wrote.

Cal Fire Riverside Captain Fernando Herrera confirmed the building was firebombed, causing a small fire inside, and some windows were broken. CAL FIRE Law Enforcement, in coordination with the FBI, are leading the investigation.

We were told yesterday by Cal Fire officials that the cause of the fire at the Red Barn remains under investigation. We reached out to Cal Fire for an update on their investigation, including whether they believe it was "suspicious." We were told this afternoon that the fire is still being investigated and there was nothing to release at this time.

Cal Fire Law Enforcement later announced they are asking for for the public's help in getting information on this fire. Call the Arson Hotline at 800-633-2836 if you have any information, no matter how small, related to their investigation.

A Cal Fire spokesperson confirmed that the hotline is called the Arson Hotline but the cause still remains under investigation.

"We've been here for 50 years and we plan on staying for another 50+," Red Barn John wrote.

The Red Barn in Palm Desert raised a bit of controversy back in May when a series of messages were painted on the sides of the roof.

The bar was in hot water when its owner announced plans to reopen in defiance of the state's stay-at-home orders. The Department of Alcohol Beverage Control went into the bar and served him papers ordering owner John Labrono to close or risk losing the business' liquor license could be revoked.

Labrono opened his doors the next day but did not allow customers to enter.