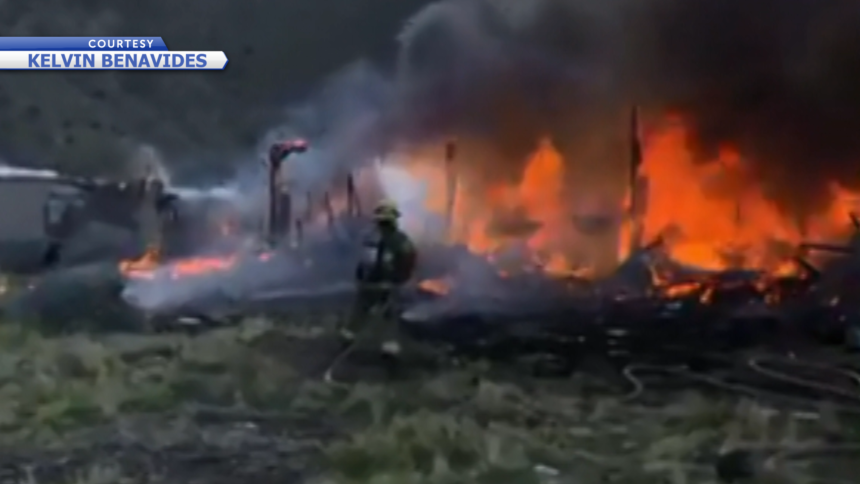 At least one man was out of his home Thursday after a fire at a ranch in the Windy Point area, just outside Palm Springs off Highway 111.

"I saw most of the people outside; I was sitting in my chair and I got out and I saw all the smoke billowing and looked over and the flames were shooting pretty high there," said John Williams, who lives at Western Village Mobile Home Park, adjacent to the ranch.

There were no reports of injuries.

People in the area said they heard multiple explosions — Williams said he heard at least ten. Firefighters said they were most likely propane tanks blowing up.

Before crews arrived, neighbors said the flames were so intense they had to jump in with their garden hoses and fight the blaze themselves.

"We have all brand new hoses in our park; they just put them in and they connected them all together before the fire trucks got here," Williams said.

Livestock on the ranch took off in fear. Firefighters said at least one horse was on the loose — now safely returned.

Williams said he was initially concerned at the prospect of the blaze spreading to the vegetation.

"That was my biggest concern when I came out was how the winds were blowing, because all it takes is a spark," he said.

The cause of the fire remains under investigation.