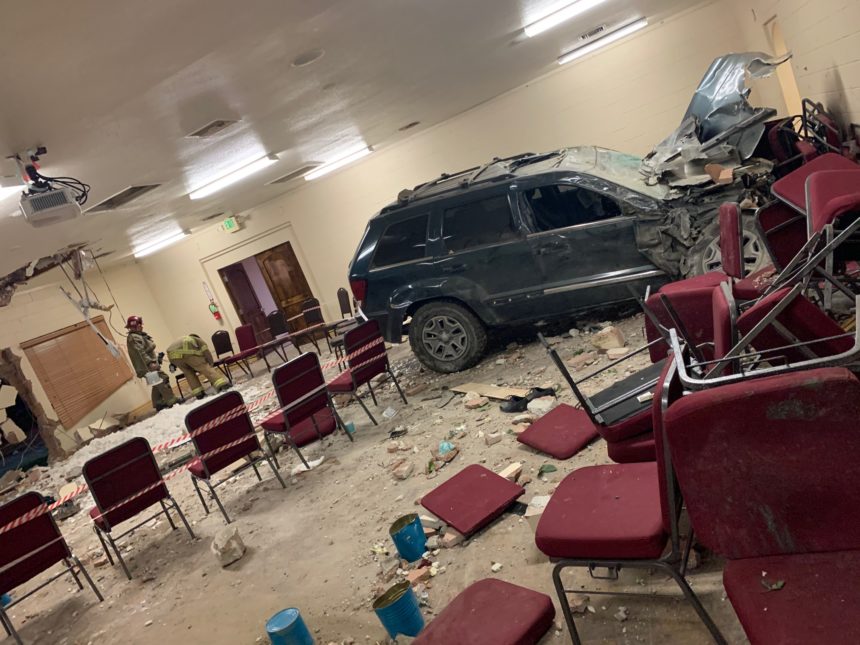 UPDATE: Driver: Mud in tires to blame for crash that injured 8 during funeral service

Multiple people are injured after a vehicle crashed in a tribal building during a funeral service Thursday evening.

According to a Cal Fire spokesperson, reports of the crash first came in at approximately 5:09 p.m. The building is located on the 66000 block of Martinez Road, inside Torres Martinez tribal lands near Thermal.

Cal Fire confirmed a single-vehicle crashed into the church and caused significant damage.

News Channel 3 crew at the scene confirmed the building is not a church, but a tribal hall building used for a variety of events. CHP officers told news Channel 3, at the time of the crash, there was a funeral service ongoing.

"They heard a thud and the car just went through," said Joseph Mirelez, tribal vice-chairman.

Firefighters evaluated a total of 11 victims. According to Cal Fire, three were uninjured while eight were injured. Of those eight victims, four suffered minor injuries, three moderate, and one serious. The injured victims have been transported to local hospitals by ground ambulances.

CHP confirmed the driver of the vehicle, a 21-year-old man, was among the people transported to the hospital.

"Thankfully no one was severely injured because it could have been a lot worse. Right now, the damages are bad for the ones injured due to the fact they were here to mourn their loss," Morales said.

Police at the scene confirmed the crash was accidental.

The Riverside County Sheriff's Department is investigating the incident.

We have a crew at the scene, stay with News Channel 3 for updates.