A small but empassioned group of protestors rallied outside the Desert Sands Unified district headquarters Tuesday night ahead of the board's meeting. The group was fighting for, among other issues, an end to Covid-19 restrictions in the classroom, including masks.

The board voted unanimously to send a letter to Governor Newsom and the state asking to quickly revise mask guidelines for schools before back to in person learning in the fall. One board member said they were pushing for the "least amount of restrictions" and that they want kids to be able to take off their masks.

Despite agreeing on the issue, the protestors voiced their opinions on the sidewalk prior to the meeting and during the public comment portion.

"I think (masking) does more harm than good psychologically and emotionally than the actual physical threat posed by Covid," said DSUSD parent Evan Trubee. 'I just don't think kids need to live in fear and I don't think they need to accept government mandates without question."

30 minutes into the rally, there were just more than 12 adults but very few of them were able to identify themselves as DSUSD parents. Only a few said they have students in the district.

The group interjected into the meeting several times, including booing and shouting at the board.

At one point, protestor Alexa Jonz approached the board members and interrupted the meeting before being led off screen by security.

Jonz said she doesn't have kids at DSUSD but said she was there to make the point for others. "I want to fight for other people’s kids – all kids," she said.

The board said they recognize many DSUSD families strongly want their kids to return to school as it was before the pandemic.

Most board members had no comments, but President Donald Griffith addressed the crowd of protestors in the room.

The California Department of Public Health says it will continue to assess conditions and will determine before Nov. 1 whether to update its mask requirement. 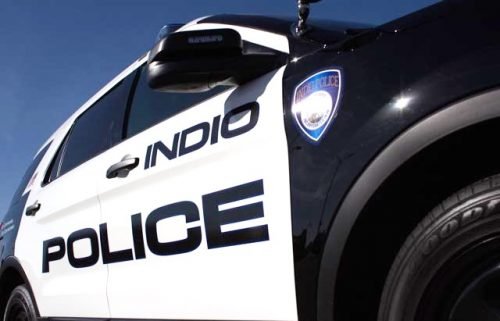